Get in touch Learn more

We’ve just surveyed 2000 parents with primary aged children across the UK which has provided a great insight into parents’ attitudes to extra-curricular clubs.

We thought you’d love to hear our findings, so here’s a summary of the main points. If you’d like to read more, please download our FREE report. 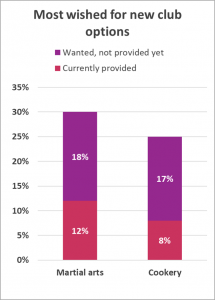 Over half of all parents (54%) considered the quality and quantity of extra-curricular clubs when selecting a school. When asked about what improvements they would like to see, most parents wanted more variety in the clubs offered.

40% of parents report that their children do the majority of their weekly physical exercise during extra-curricular clubs. Schools appear to be responding to this demand as the most common clubs for children are sports based

Interesting, not all parents are looking to send their child to a mainstream club. 30% of parents would like their child to take up martial arts and cookery was the second most commonly requested club.

90% of children attend a club

The overall attendance of primary school children at extra-curricular clubs is positive. However, this is varied between age groups, 7-8 year olds spend almost 1 whole hour more than those between 4-6 years. Parents felt that this was because there were less clubs aimed at the younger children.

Cost is preventing parents from sending their children to more clubs

The most common complaint about school clubs centred around cost. 38% of parents listed cost as the greatest barrier to why their child didn’t attend more clubs.

Over 60% of parents stated that a club being “fun and enjoyable” is the most important factor for children. Alongside this, parents also thought that clubs aid children’s confidence and help them to learn new skills. 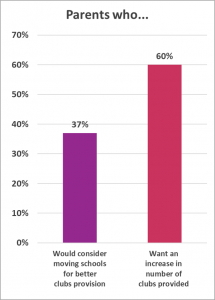 Parents of girls are more interested in sport related clubs

38% more parents requested additional sports clubs for their daughter than parents of boys. This may be because boys’ needs are being better met as 62% more boys than girls were reported to be involved in popular ball sports.

Parents in London rely on clubs for wrap around care

50% of parents in London rely on clubs for wrap around care and use them to help juggle work commitments higher than in any other region.

So what does all this mean?

Converting percentages into real numbers, the findings from the survey show that over 2.5 million parents want more extra-curricular clubs, 800,000 of whom are asking for martial arts.

Visit www.clubbly.co.uk or call 01223 792211 to find out how you can run more extra-curricular clubs 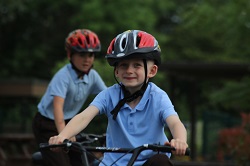 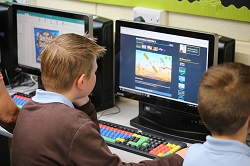 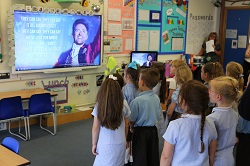 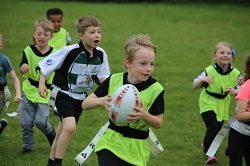